The Condor Connection is an integrated network of privately owned repeaters. The system covers most of California from below the Mexican border to North Central California, and parts of Arizona and Nevada. The system is intended for long-range VHF communications, so its operation differs greatly from a normal repeater. System inputs are on the 1.25 Meter (222 MHz) band and use continuous-tone-coded squelch system(PL/CTCSS) tones to reduce interference. The Condor Connection is open to all licensed amateurs. There are no clubs supporting the system and no dues are accepted.

All ports of the Condor Connection are online and active at all times, unless there’s a need to separate an individual port for an emergency or a public service event. To users, the system functions like one wide area coverage repeater.

Stu Burritt, W6TLG,(Silent Key) and Mark Gilmore, WB6RHQ devised the concept for the Condor Connection in late 1978. Many of the early objectives of the system were outlined by Stu.

The Condor Connection began as a dream with four goals:

(1) To develop the then underused 222-225 MHz band in Southern California and to encourage more amateurs to use 1.25 meter radios. This would in turn provide amateur radio dealers an incentive to market and develop new and improved radios for this band.

(2) The owners also wanted to learn and develop the technology to build a high-performance linked system on 222-225 MHz.

(3) There was a strong desire to create an open system to all amateurs to provide communications between northern and southern California, especially in case of a major disaster. That capability was proven during the San Francisco/Loma Prieta earthquake in October of 1989, the Landers earthquake in June of 1992, handle emergency and health and welfare traffic.

(4) Finally, to provide fun and enjoyment for the owners, control operators, and users.

OPERATING AS ONE BIG REPEATER

Linking was accomplished on the low end of the 220 MHz band prior to the FCC decision to reallocate the bottom 2 MHz of the band. Many people worked to to coordinate frequencies and system logistics to maximize efficiency and minimize system downtime.

The Condor Connection uses PL/CTCSS rather than carrier squelch for several reasons. Some repeaters in the system are co-channeled with other machines and have overlapping coverage. Implementation of PL/CTCSS is therefore a mandatory part of frequency coordination. Tropospheric ducting is common to the South-
western United States, especially in the summer, and the resulting enhanced propagation, further complicates the co-channeling situation. Most of the system’s repeaters are on the highest and most desirable mountains available, which means they share space with commercial, government, and other amateur broadcasting systems. The result is occasional interference from intermod-ulation and high site noise levels. Rather than lose the superior coverage of a popular site, PL/CTCSS allows repeaters to work within the environment. If any repeater on the system is interfered with, that interference is heard on every port and is multiplied by the number of repeaters in the system.

The system is built mostly of converted surplus land mobile radios. The control and audio circuits were designed to command the system from any port. Because of the hostile mountaintop environments, heavy-duty commercial antennas are used. All sites have emergency power backup. The Condor Connection was designed for high reliability and performance.

The next time you’re in the Southwestern U.S., please feel welcome to use and enjoy the system. 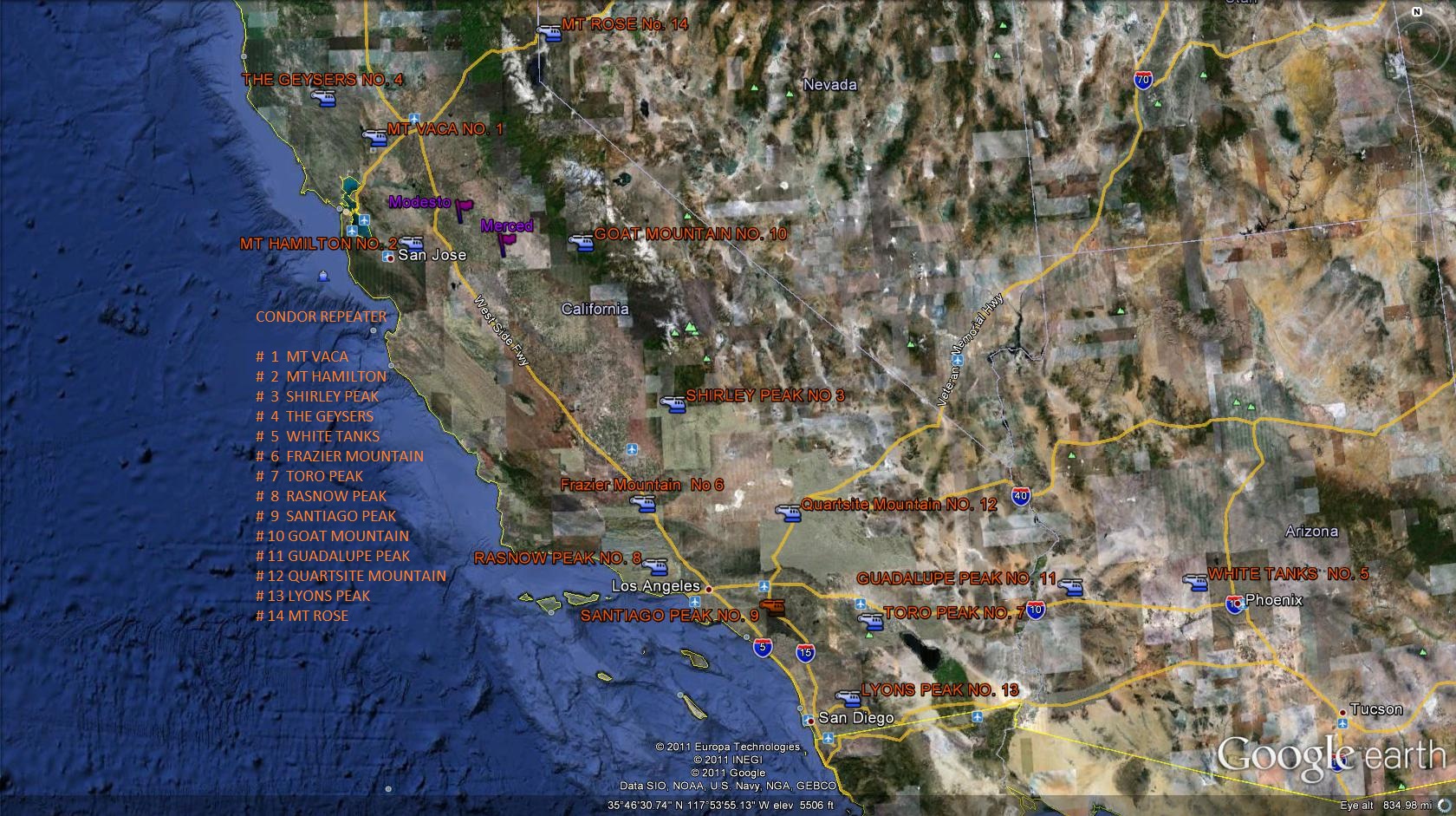 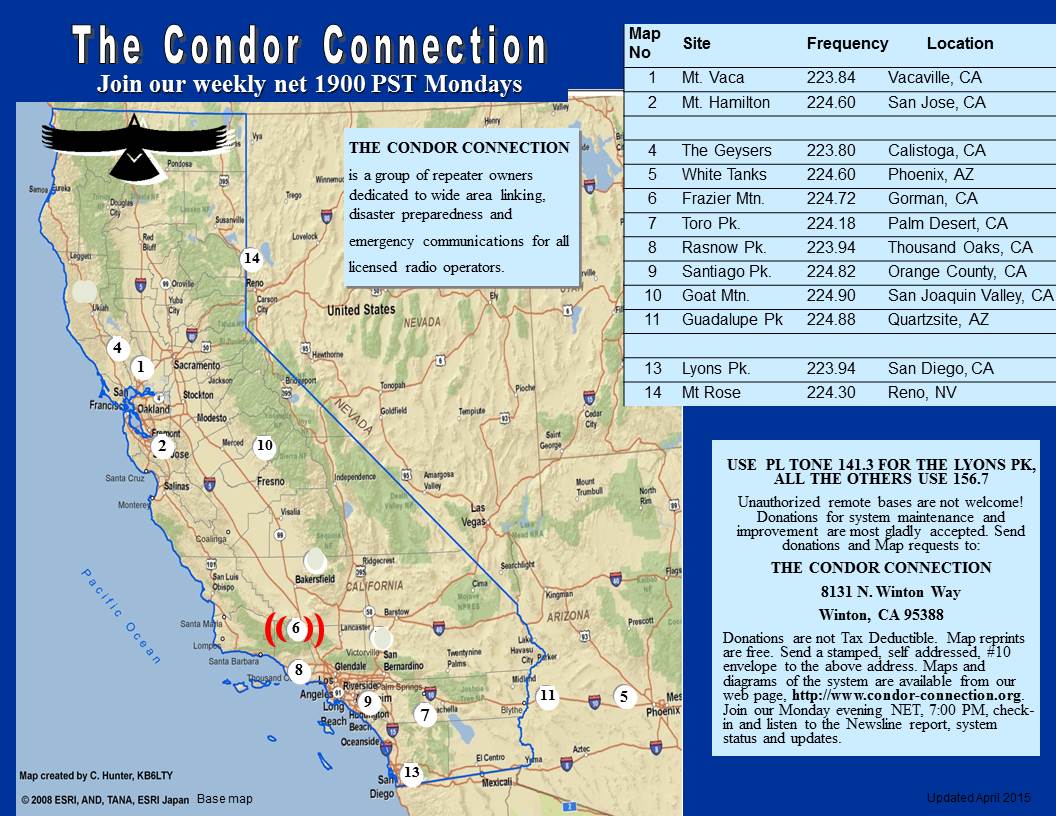